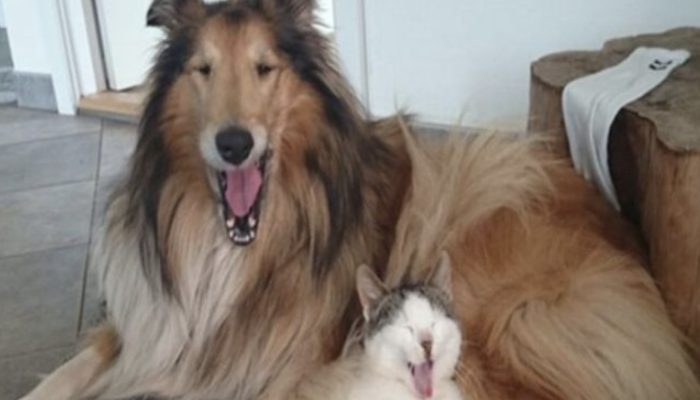 When two friends first meet, they just stay in each other’s company for days on end. When Moses’ cat was only a few weeks old, he was rescued from the farmhouse.

Molly, a collie, and Freya, a Basset Hound, previously lived at the residence where the cat was delivered. 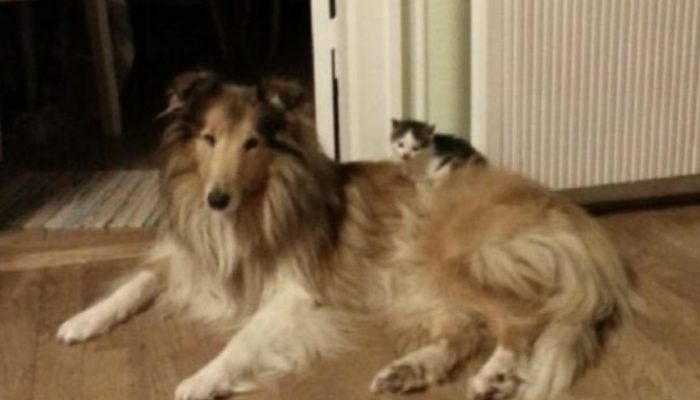 The ranch’s owner took Moses back home to look after him. However, since there was no milk at home, the cat must be released immediately and be watched after by the dogs.

Since then, Molly’s dog has treated him as if he were one of his own children. 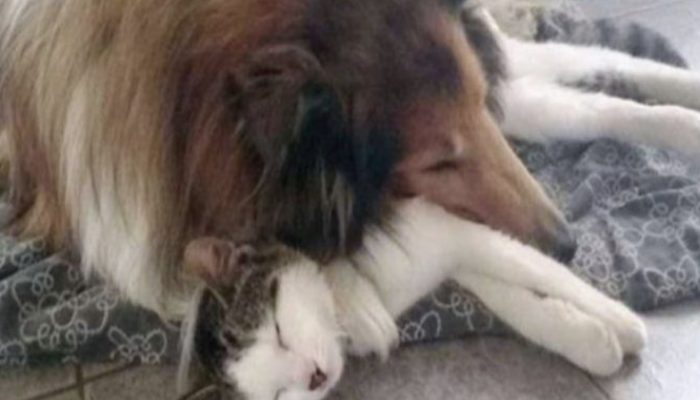 Moses was instantly accepted by Molly. In addition, in such a setting, Moses experienced an unusually low level of noise. It was surprisingly easy for a grown-up dog and a little cat to find a common language.

Moses and Moli are so inseparable that they just sleep together. »

Despite Molly’s reluctance to accept it, Moses has a special place in her heart. According to the cat’s owner, Moese is more like a dog than a cat in his present state of affairs.