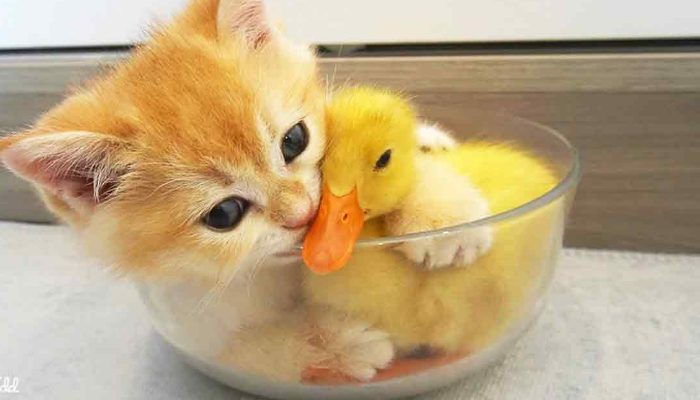 Wild cats often kill and eat ducks, but these two seem to be closest friends. What we say here is serious.

The two newborns collided violently in the glass bowl. 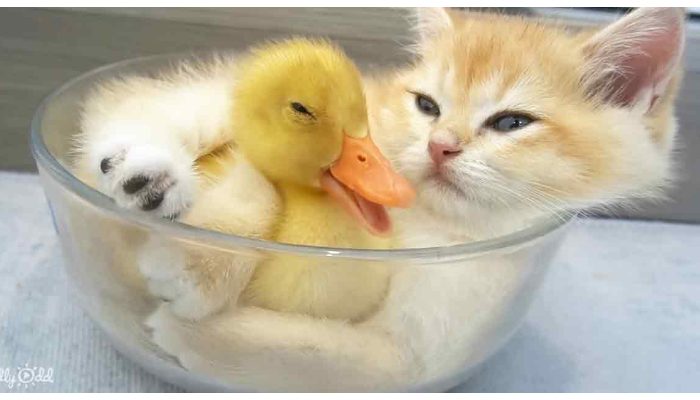 In contrast to the attitude of some other cats, this ginger kitten was overflowing with affection for his fluffy friend. The kitty hugged and kissed the baby duck as hard as he could.

The yellow duckling may have thought he had found a new best friend in the pleasant kitten, but he soon discovered that even the nicest kitten is still a kitten. 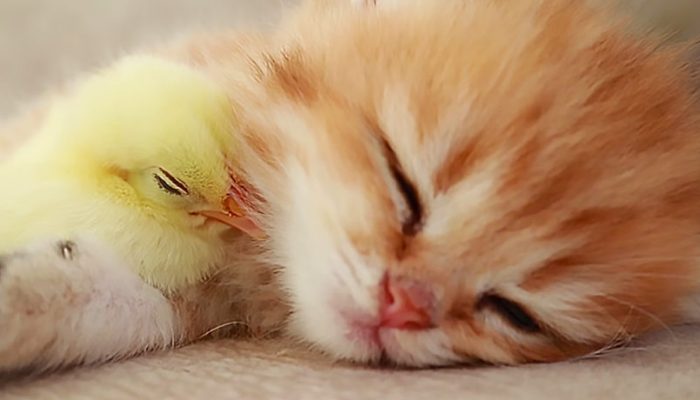 However, the duckling proved that he was not a fickle friend by joining the cat in the dish. 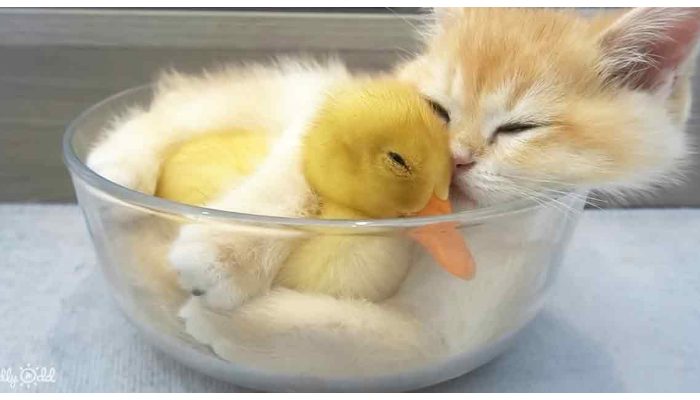 This time, though, it seemed that the cat had grasped the concept that the duckling was not a suitable training partner.

In their glass dish, the cat and duckling curled up and went to sleep. The duckling tried its hardest to keep alert, but eventually slept off in the cat’s paws.