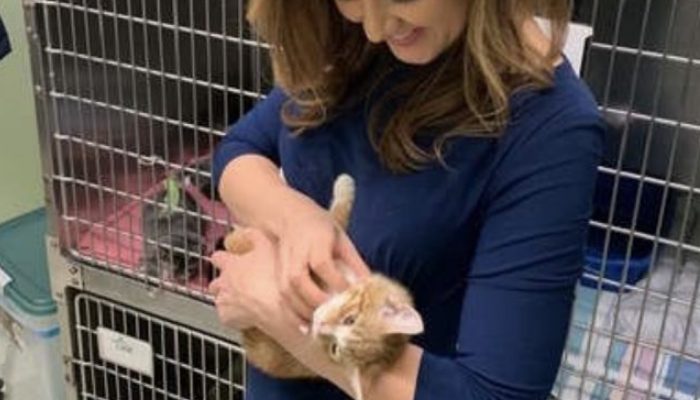 When Timofey Yuriev was driving to the New York suburb of Yorknes, he saw an unidentified little creature slowly making its way up the highway.

As he got closer, Timothy saw it was a kitten and hung up the phone to go aid the kid. 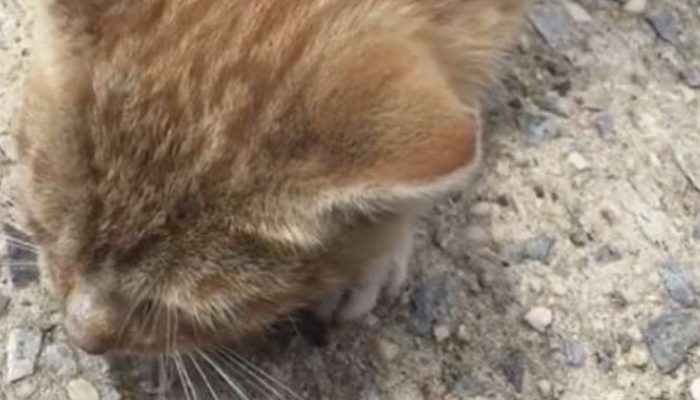 The cat sat down in a very busy bus terminal, yet no one paid attention to him.

The guy saved the fleecy from being crushed beneath the tires, and upon rising, he saw the knotted ribbon around the victim’s delicate neck. 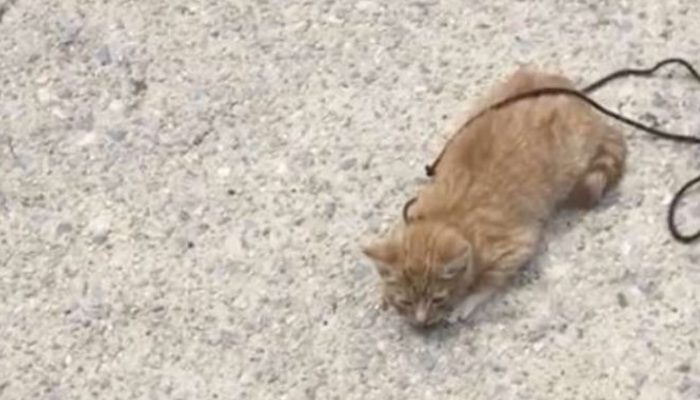 Soon after the child’s neck was freed from the ribbon, he began to yowl, presumably because he had been unable to make any sound while the ribbon was still around it.

The youngster was little over two months old and, fortunately, had no major health problems despite what had happened to him.

The cat’s name was Lace, and he now lives with Lisa and has learned the meaning of caring and affection.