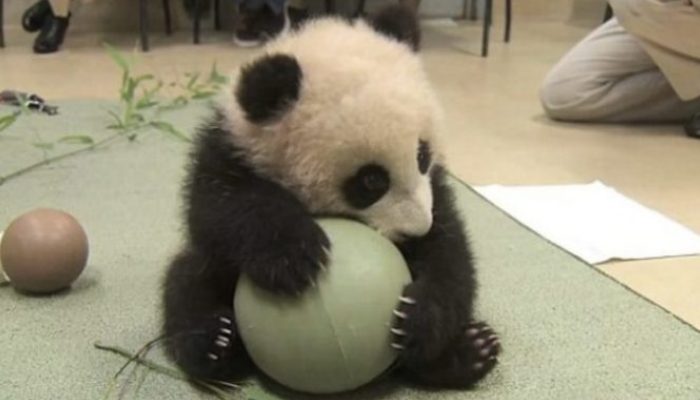 This tiny panda’s reluctance to give up his prize has warmed our hearts.

A large, spinning balloon is shown to a young panda, and it immediately becomes the animal’s primary focus. The cute little creature is so attached to his new toy that he won’t let go of it. 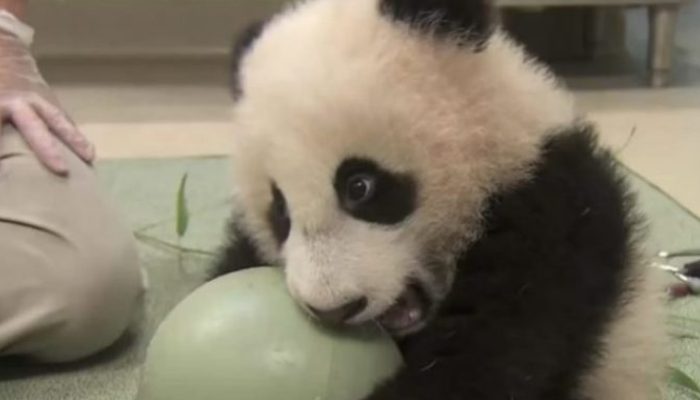 It seems like the small bear is so engrossed in the ball that not even his overjoyed caretakers can get it out of his paws.

Few months after his birth, the newest member of the zoo’s huge panda family had to demonstrate his dexterity. 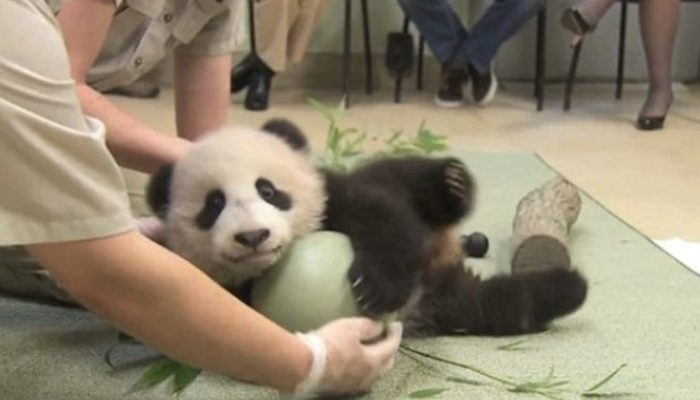 A bamboo stick and a plastic ball were used to test the panda’s abilities.

The tiny panda’s actions were entertaining, but not because of any incredible physical prowess, but rather because he wouldn’t share his new toys.

The keepers felt it would be entertaining to challenge the panda to a game of catch with a plastic ball and bamboo stick.

Not because he was in such great shape, but because he hoarded his new toys, the tiny panda was a hit with the crowd.