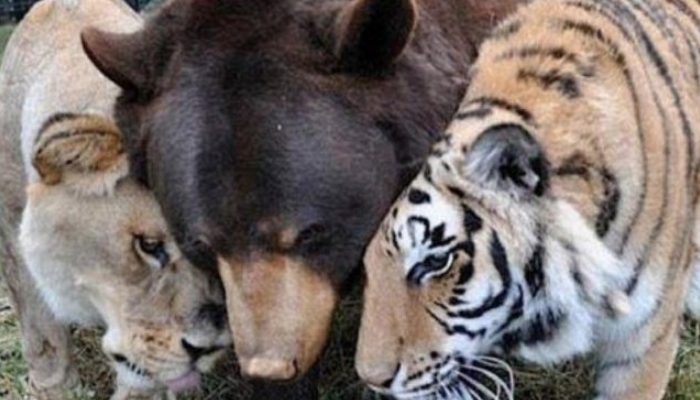 Seeing a bear, tiger, and lion all at the same time in the wild is an improbable scenario.

This tale, however, shows how, given the right conditions, these animals may become the closest of friends, and how their bond lasted for no less than a very long time. 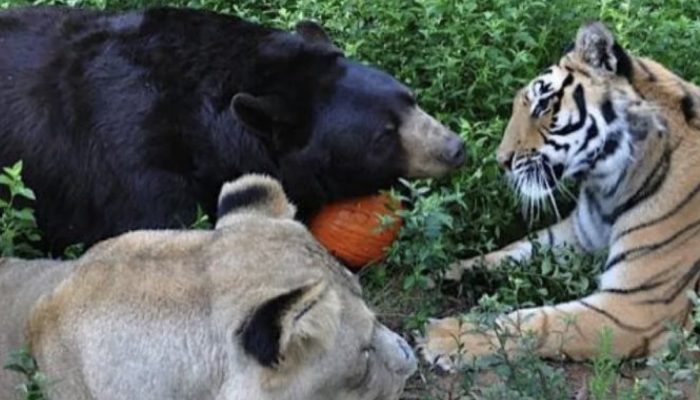 Having been rescued from dire situations, Leo the African lion, Sherkhan the Bengal tiger, and Balu the American black bear now reside in a happy and secure natural habitat in the United States. 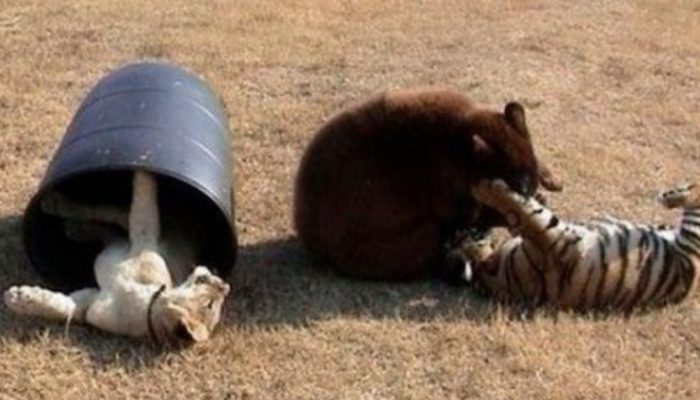 All three were injured and unable to acclimate to the hold’s regular living conditions when they were first brought there, so they were each given their own special quarters. 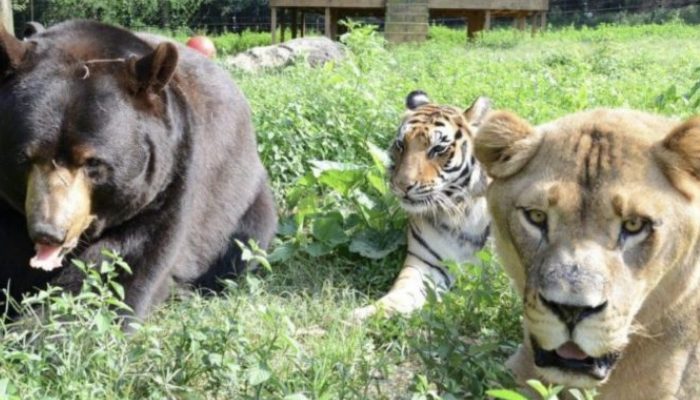 Three friends are indistinguishable from one another; they share everything, work through problems together, and show affection for one another in every conceivable manner.