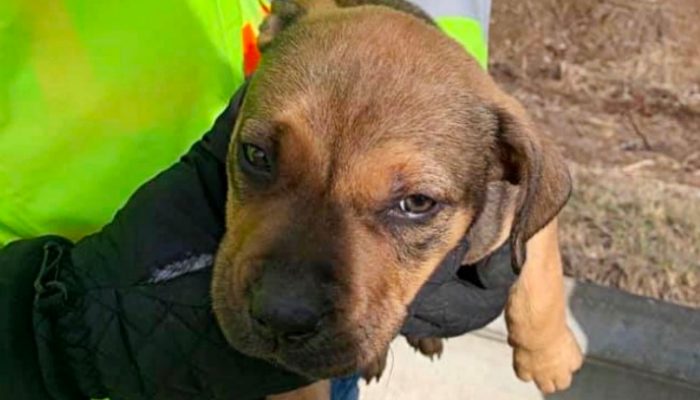 While cleaning an Indiana roadway, trash crews from the Indianapolis Department of Transportation were greeted with an unexpected but endearing surprise.

During their cleanup of the roadway, they came upon a lone dog and decided to take it in. 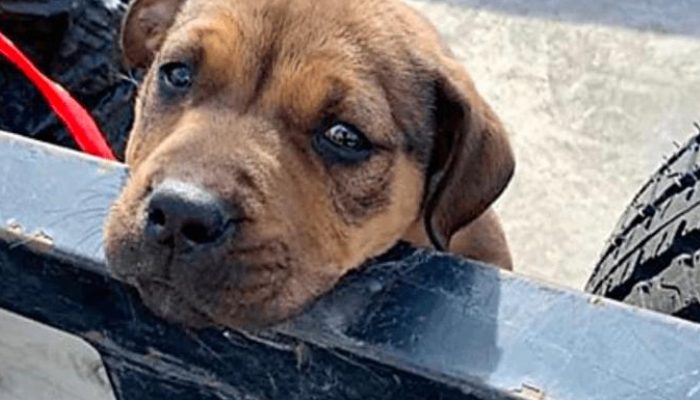 A few pictures were taken before he was carried into the vehicle and taken to safety.

An Indiana Department of Transportation crew member was found to have taken the puppy home and will microchip him as soon as possible after seeing the photographs on Facebook. 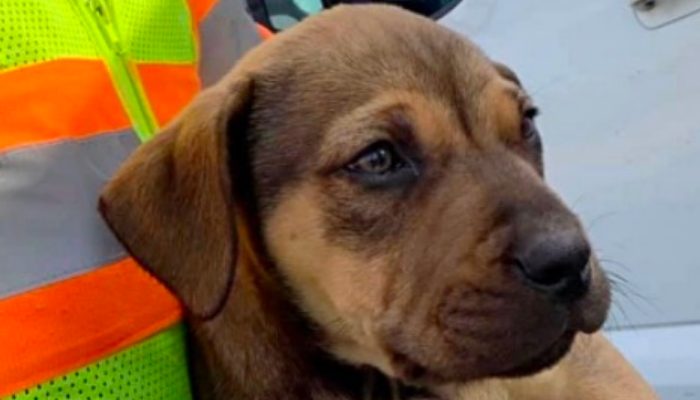 Until further notice, it is not clear if the puppy was abandoned by a person or was a stray. It’s a good thing he wasn’t rescued sooner; else, he would have starved to death.

To avoid having to put the dog up for adoption or adopt one of our crew members, it must be microchipped first!