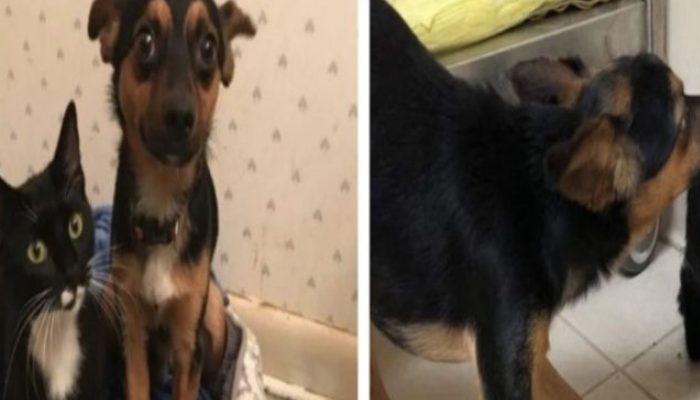 On an autumn day, a man passing by a football field spots a cat and a dog snuggled up against one other along the wall.

He couldn’t welcome them, but he had to aid them. He took their photo and put out a plea for assistance online. 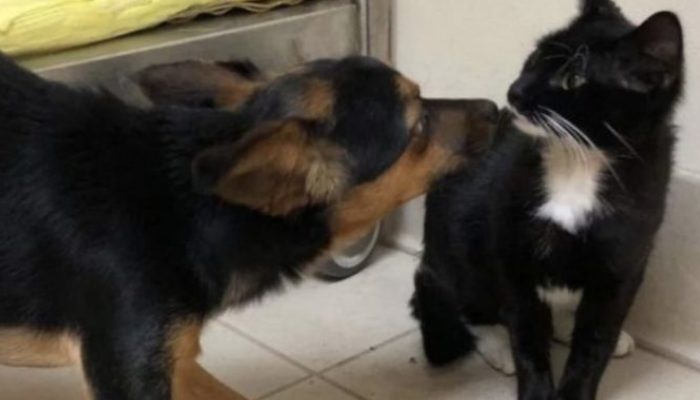 It was answered a couple of hours later by a woman named Angela and her little daughter.

When Angela and her daughter arrived and made their way near the pair, the dog covered the cat and began growling at them. 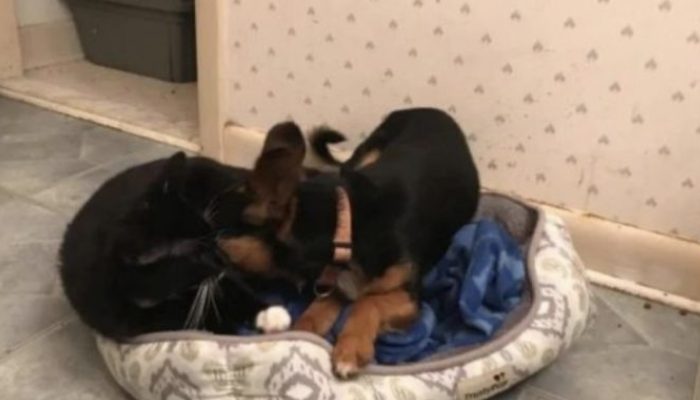 She failed to immediately grasp that these people have absolutely sincere intentions towards her. Angela did find a solution, and the dog and cat are now safe in the shelter.

Both were found to be in excellent health after the vet’s examination at the shelter. 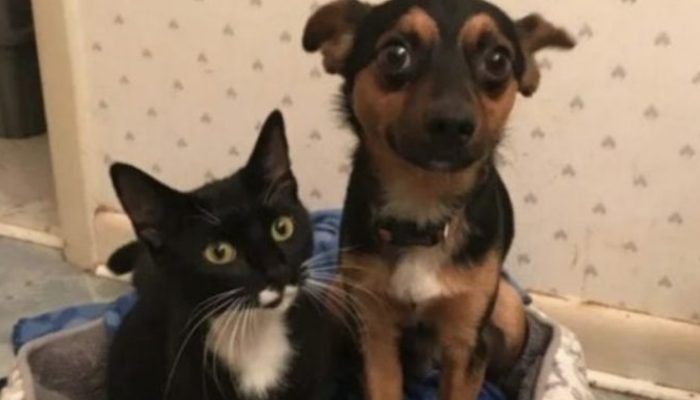 No one knows how the two of them met, whether they grew up together, if they moved into the same home, or if fate brought them together.

They will never be able to live on their own again, however.