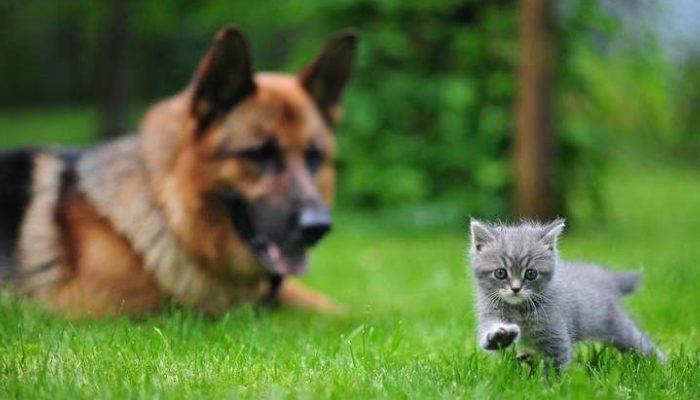 A big German Shepherd helps his human boss at customs, and the two of them seem very intimidating. The dog is trained by going on walks with its owner every day, rain or shine.

He likes to run and play, so it’s hard to get him to stop once he gets started. However, a dog called Tornado recently visited his place for barely 10 minutes before acting quite strangely and wanting to go home. 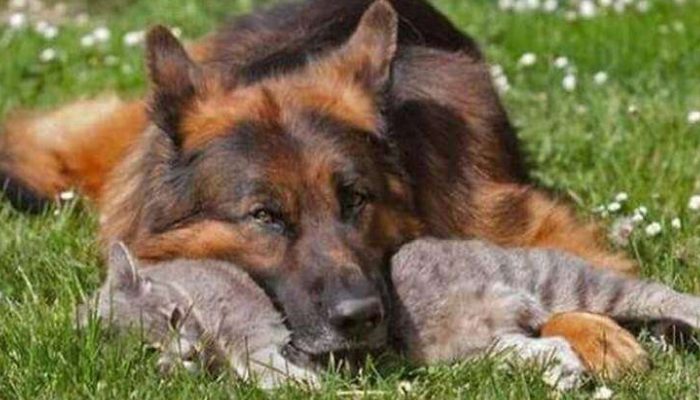 The dog’s owner saw that his pet had its back to him and was carrying something in its mouth. After giving his lips a thorough once over, he discovered he was holding a cat.

His appearance was deplorable; he was little, frail, and filthy. 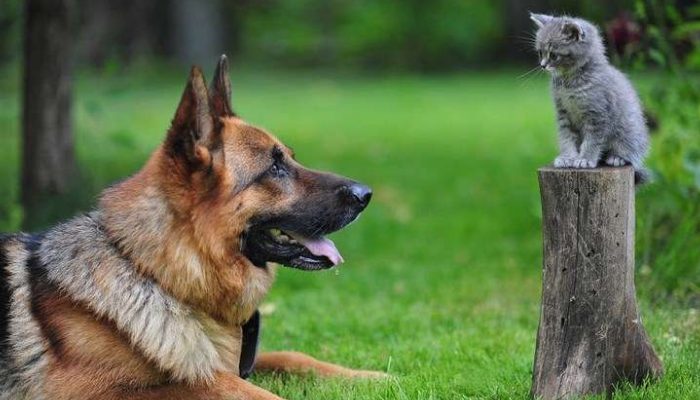 The pet was returned to its owner, who brought it home with him.

Since the cat was unable to eat on his own, I had to feed it to him and afterwards give him milk using a syringe. The guy then gave the infant a bath, all the while being observed by his dog.

Tornado flinched at the sound of a baby cub making even the tiniest sound.

Unfortunately, she is a girl, which portends many difficulties as she matures. Tornado went up to the infant, carefully picked up the towel she had fallen asleep on, and brought it to him. 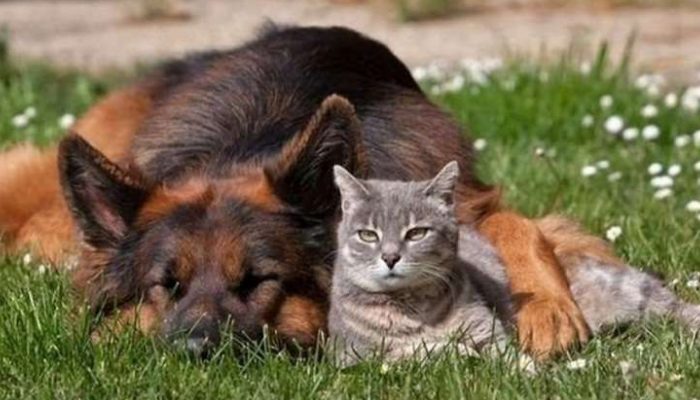 After staring at the sleeping spherical creature for some time, he eventually drifted off to sleep next to it.

Now the kitten is using all her cunning to control the adult dog, and he appears more than pleased to cater to her every wish, even though he would never put up with such behavior from his other tribesmen.