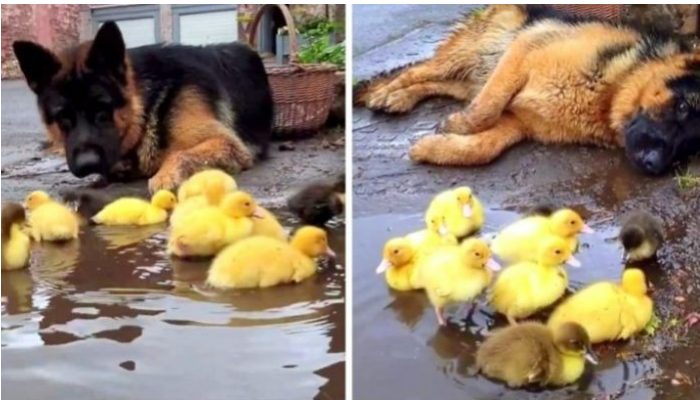 Cappy, the German Shepherd, is well known in the neighborhood. The simplest way to express it is that she loves animals of all shapes and sizes.

She enjoys spending time with young children and can often be seen frolicking about the farmyard with the newborn ducks, kittens, and chicks. 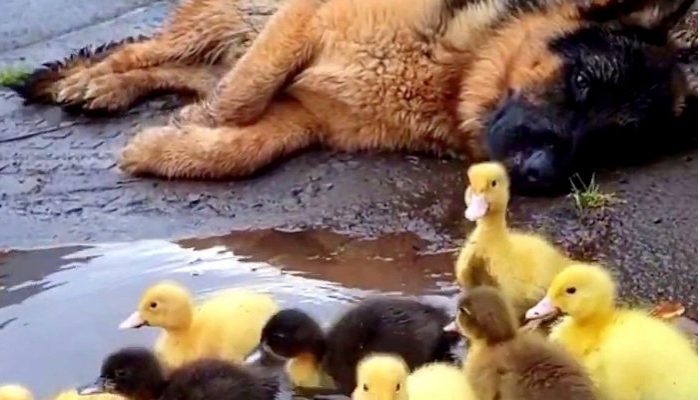 Cappy was ecstatic since her family had just gotten a bunch of ducklings. Cappy, the toddler, is seen here gazing in rapt attention at some ducklings splashing about in a puddle.

She seems to be under a spell since she can’t stop staring at the ducklings.

Cappy is so moved that she collapses on the ground and stares in amazement at the ducklings.

She just continues walking in an intriguing manner, as if she were maybe moved by being engrossed in another realm and not seeing the genuine misery of the moist ground. 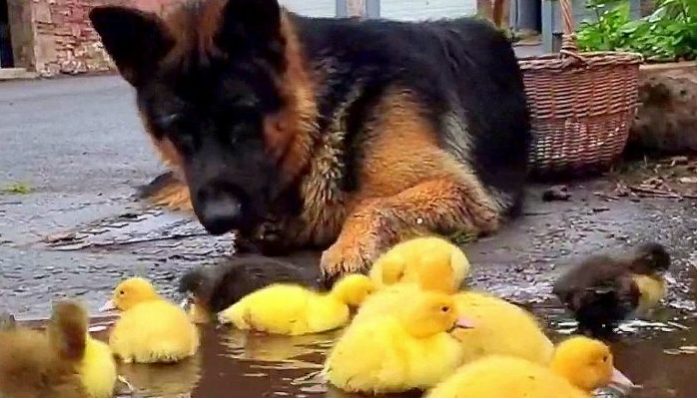 In the presence of creatures they find interesting, puppies frequently display odd behavior; Cappy’s cool demeanor may be disconcerting.

She places great value on common insects. She has a kind, thoughtful disposition and is a great admirer of the splendor of nature. The Cappy we have is really kind and considerate.