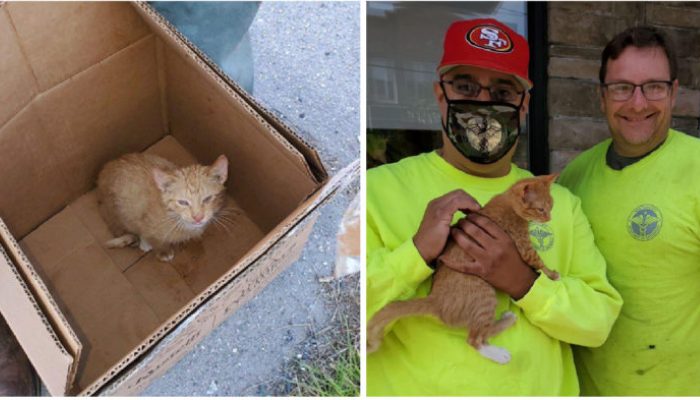 At the conclusion of each shift, William Montero and John Kase, two regulars who drive the garbage truck, take turns emptying it.

However, they were forced to come to a halt when a squeak from the bag interrupted their progress. William Montero and John Kase, two guys, went to investigate the ruckus. 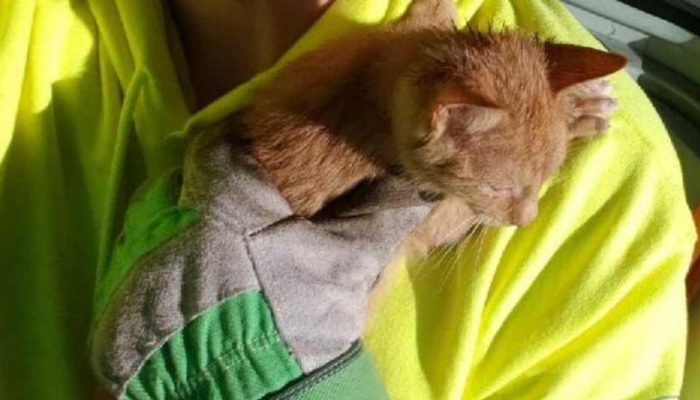 The first step was to untie the garbage bag and carefully remove its contents.

The guys revealed that they had previously assumed a child’s toy was the source of the noise. In its place, however, was a little ginger kitten.

The kitten was making a lot of noise, so William swiftly took him out of the bag, cleaned his eyes, peeled off the trash, and scooped him up.

The scared cat clung to its rescuer desperately. The other person then made sure that no animals were hiding in the remaining trash bags. Aside from the red-haired canine, no other inhabitants were discovered. 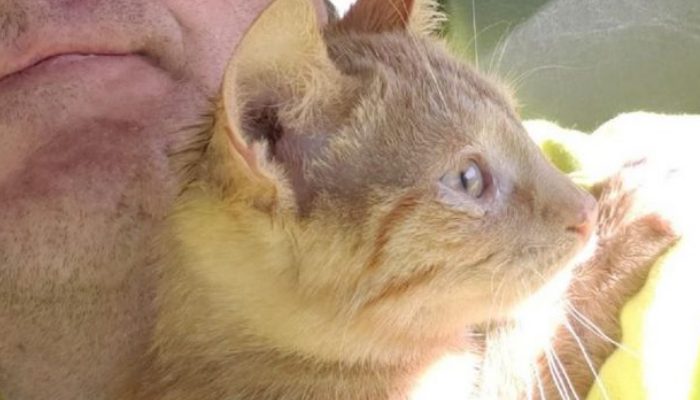 The kitten was placed inside a box, but he refused to stay there due to his fear of enclosed spaces.

So the guys called their supervisor and gave him an update on what had happened. The leader quickly arrived, picked up the kitten, and brought it to a doctor. 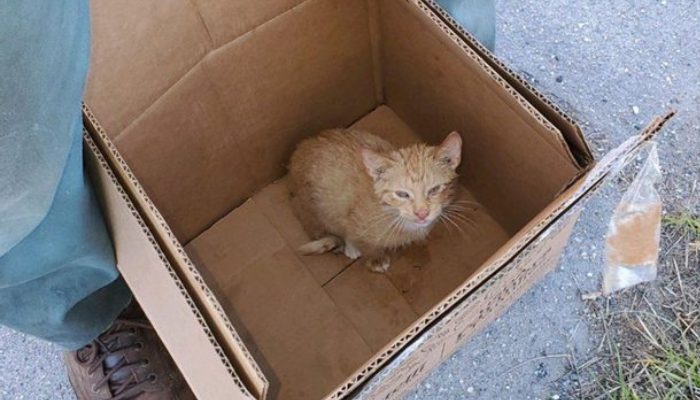 The individuals who came to the baby’s aid made sure he was never forgotten by paying him regular visits and giving him presents.

The family took the cat in while he received more medical attention.