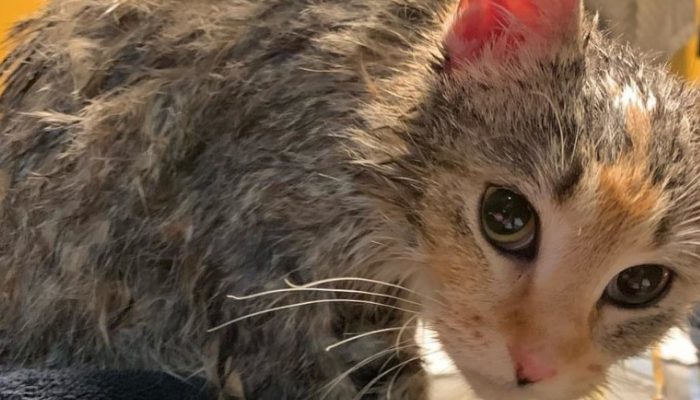 A stray cat, shivering from the cold, found shelter in the warm area beneath the firehouse’s window. A firefighter in Canada was caught away when he saw a little cat looking at him through a window.

She braced herself against the night’s chill by standing by the window. She raced to a fireman who had just arrived on the scene. 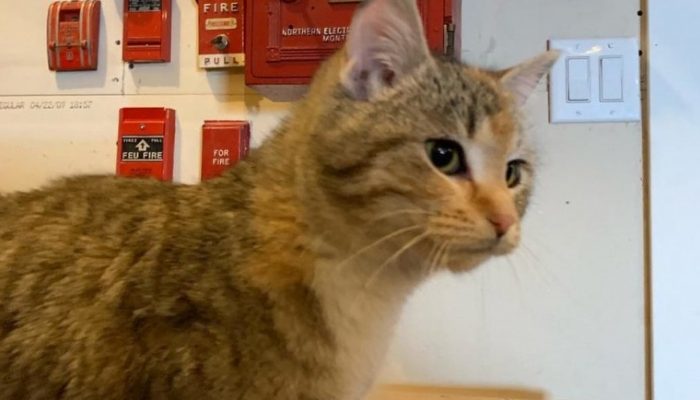 The feline stayed still beneath the glass. She couldn’t get out of there. Fearing a severe frost at night, the firefighters allowed the cat inside the room. The warmth just highlighted the cat’s filth and hunger.

The kitten started purring right away. Kelvin, who already had four cats, graciously volunteered to take it in for a while. 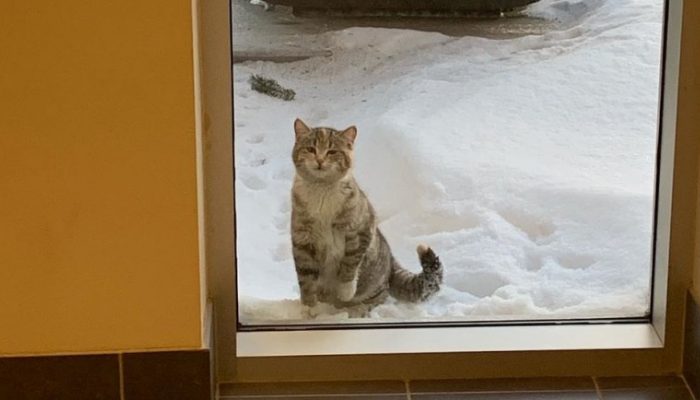 The following day, he brought Amber to the animal hospital.

The doctor said the cat was OK other than some frostbite on the ears. Possibly she got lost, so I posted her picture and background story on Facebook. 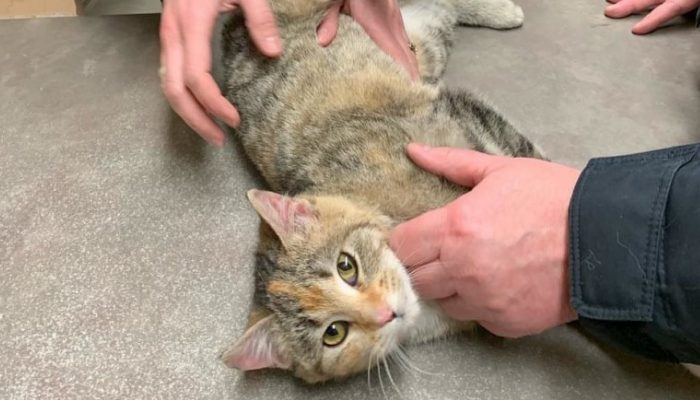 After waiting for many days and hearing nothing, we decided to take her to the vet, where she was given a vaccination and where the presence of ear mites was swiftly identified and treated.

Amber didn’t put up much of a fight, but she clearly enjoyed the spotlight.

Amber was supposed to be the official station cat, but on days when the station is closed, there is no duty officer to take care of her.

A permanent residence was found for her, thus their efforts were fruitful. We posted images of her on Facebook,» Kelvin said, «and she may already have a home.»