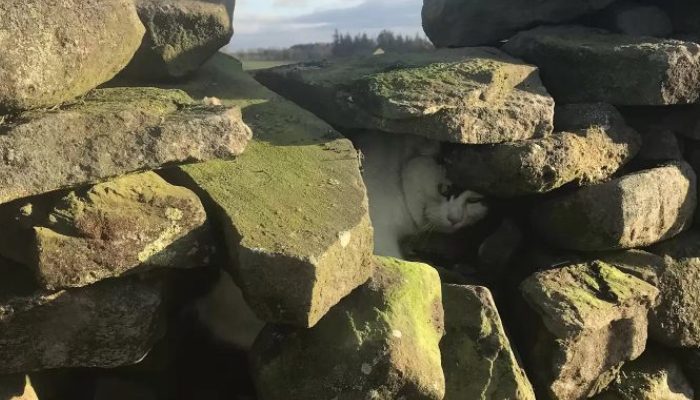 On a walk with his dog, a man noticed that the animal seemed unusually drawn to a nearby stone wall.

After checking in closer, they saw a cat that had somehow been stuck far out in the fence. 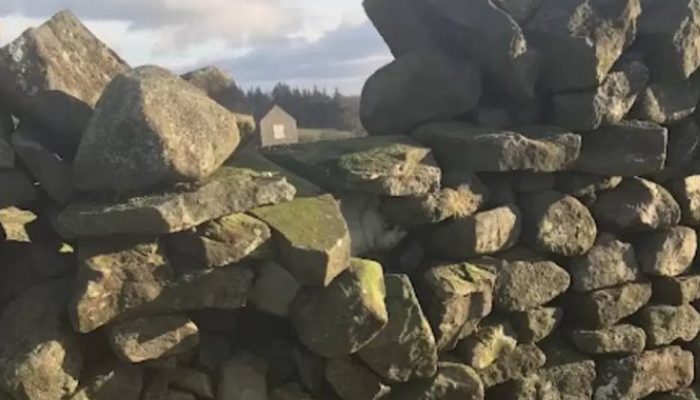 We called the RSPCA, and Inspecto sprung into action to assist.

After naming the cat Freddy, she thought getting him out of the wall would be as easy as gently tugging him out, but she quickly realized that he was far more trapped than she had anticipated. 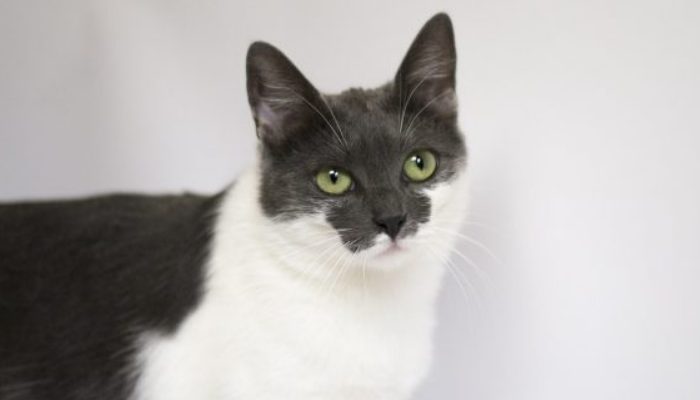 Thomas-Coxon weighed all of her options and decided that destroying the stone wall would liberate Freddy the quickest.

Freddy was in a bind and in need of assistance, but he was not overjoyed to be rescued by strangers.

But when he realized he was safe, he calmed down, and Thomas-Coxon took his time taking him to the vet to check him out.

Freddy is slowly sinking down the asylum shaft in the hopes of being framed. 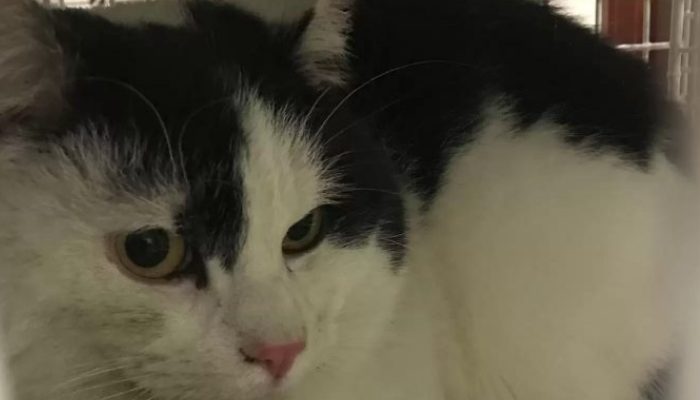 Freddy has come a long way from being trapped in a stone barrier to having what is probably a permanent place to reside.