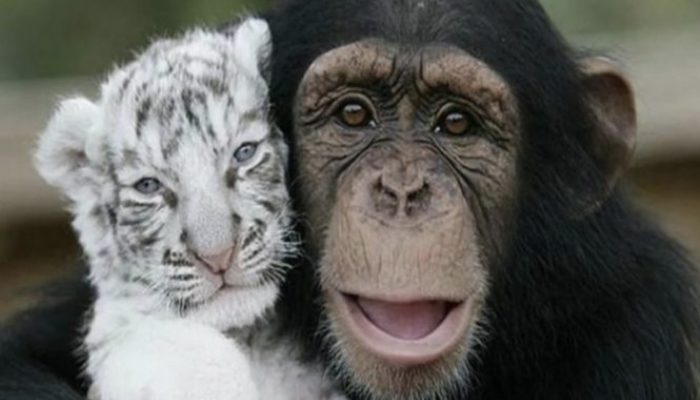 The narrative began with the appearance of two baby tigers. This happened in the height of a severe tropical storm and a devastating flood.

Zookeepers began to wonder about the significance of the tigress and her two young cubs when the tiger’s cave became a little overflowing. 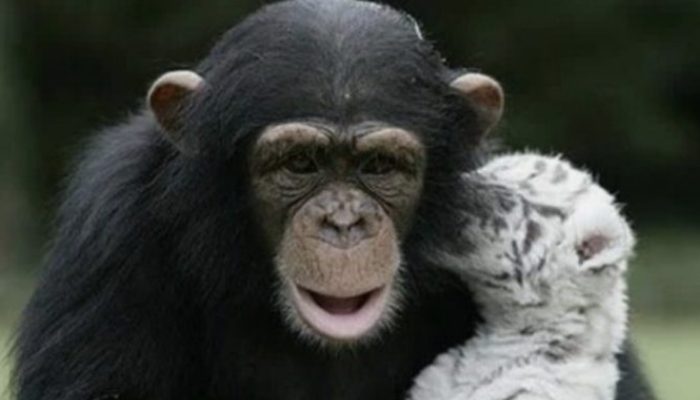 Animal care was top-notch at the brand-new zoo where the whelps were housed. Chyna, a zoo employee, encouraged them.

Chyna, on the other hand, had a trusted chimpanzee by the name of Alyana. 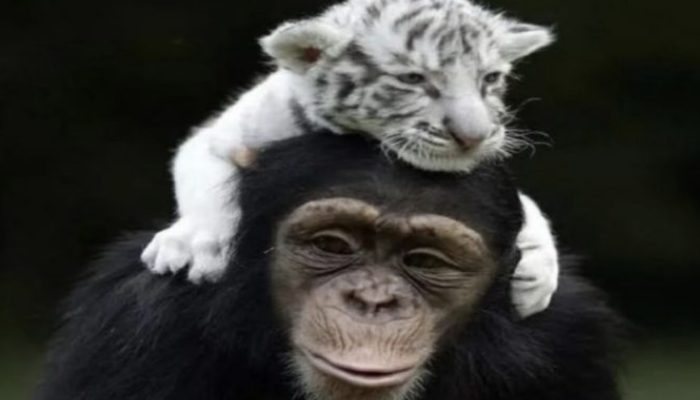 Chyna had to introduce her tigress’s children to chimps at some point, so she dealt with them alone at first.

The chimpanzee’s observation of Chyna’s treatment of children is spot-on: she cares for them, carries them in her arms, and plays with them, among other things. 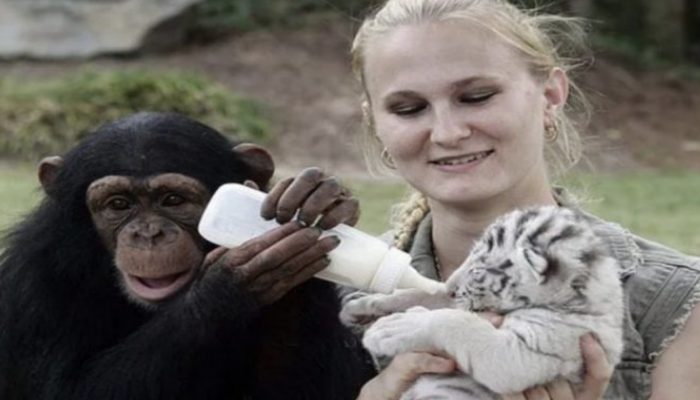 The chimpanzee now takes care of the two infants, not because Chyna made it happen, but because she loves them dearly.

In addition, China and Alyana continued to work at the zoo and aid many animals.