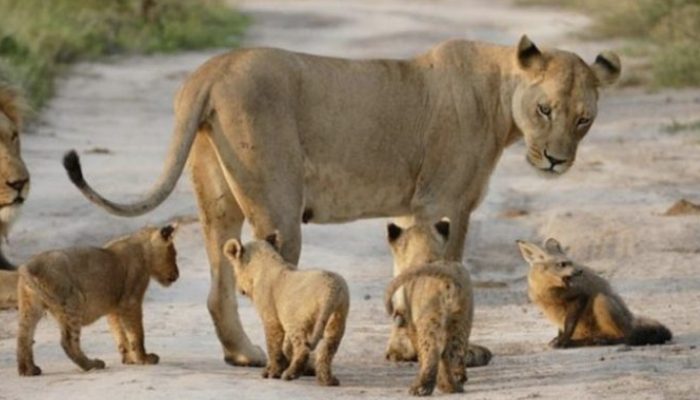 Your faith in miracles was renewed by a situation in one of Botswana’s national parks.

The mother lioness and her cubs were taking a stroll around the park when they stumbled across a sight that broke every heart in the group. She followed the noise and found a fox. The pet really needed assistance. Caused by issues with his legs, the child was unable to walk. The lioness, however, stood her ground and refused to let the male kill her cub.

The lioness didn’t want anything to do with him, despite his status as the king of the animals, since she was protecting her young. Thanks to the lioness’s unexpected burst of maternal instinct, the fox made it out alive. 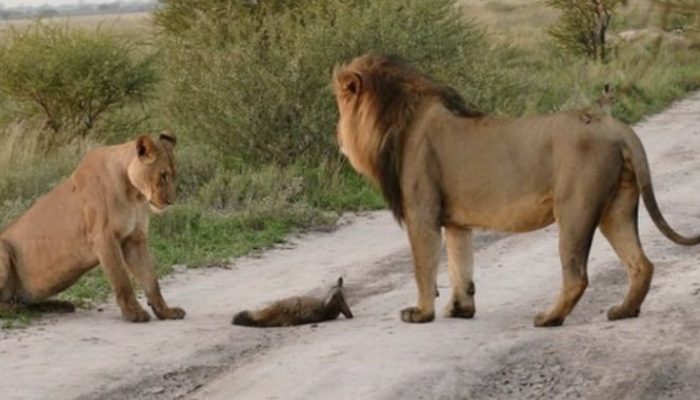 Any time the lion attempted a jump, his tribeswoman would slap at him with her paw.

The lions gave up on the fox and left it alone. 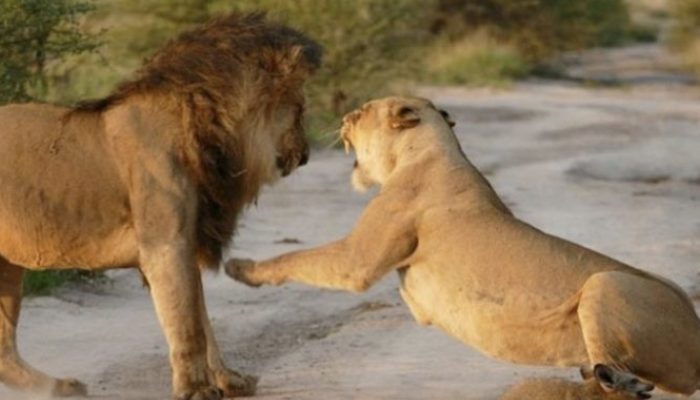 However, the urge to care for young proved decisive.

In addition, we pray that the hardy fox tracked down his lost loved ones and was reunited with them. That was a very captivating and inspiring story.