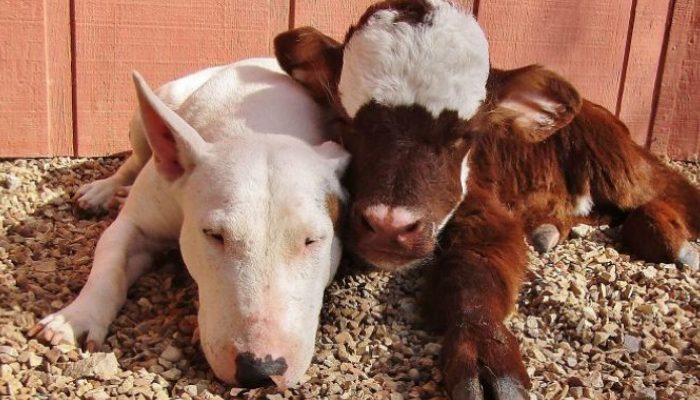 The young cow Moola was adopted by a rescue organization.

The 12 dogs who live on the farm are Moola’s best friends, thus she’s an unusual cow. Moola was bought at an animal auction and brought to the farm. 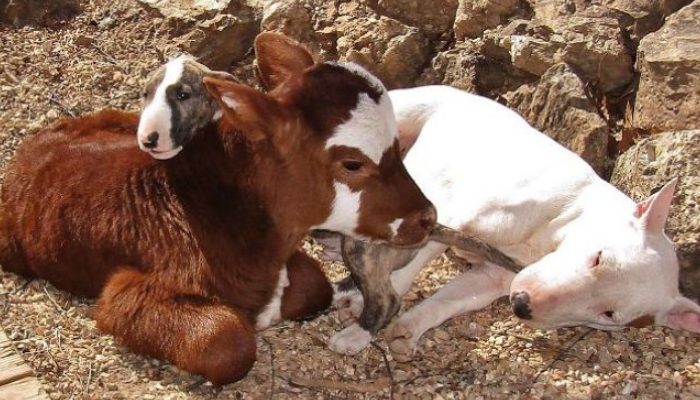 She was a little calf by comparison to the norm. In addition, it is unusual to see cows of this caliber being sold at auction.

An old buddy bought a mini-cow and brought it to a sanctuary for other animals. Because Moola is so young and reliant on milk, she is kept inside the house rather than outdoors with other cows. 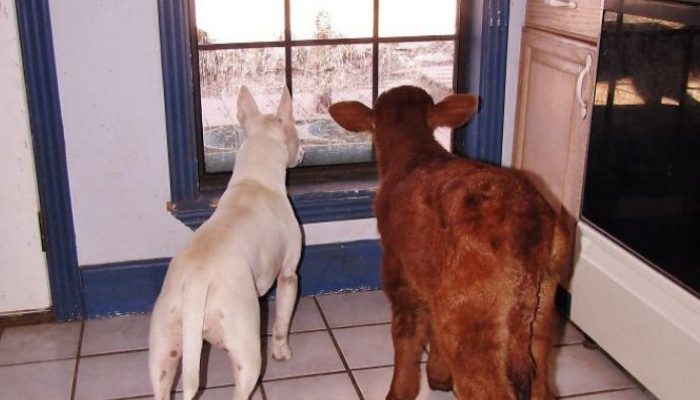 Inside the house, Moola came face to face with the dogs, who had been saved from a separate scenario and brought to the farm.

Unexpectedly, Spackle, a white bull terrier, spent the most time interacting with the cow.

She adores being around children and is immediately kind to Moola. A dog’s perspective on life may have changed after six weeks in a dog’s household.

While she has been living in a shelter, she has lately been exposed to another orphaned calf and let outside on warm days. 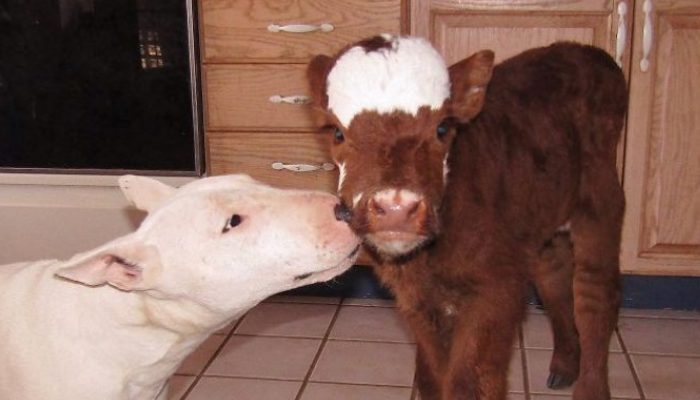 Animal is confident that Moola will embrace her new position as a cow as a result of a new information.