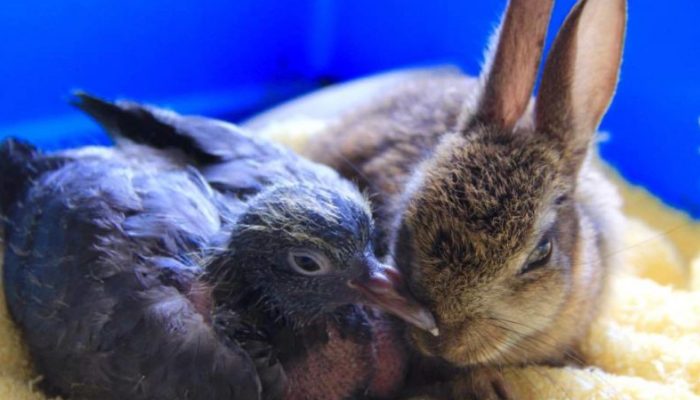 Another example of how love and devotion have no borders was shown in this situationAt an Irish animal sanctuary, two orphaned animals that only met on rare occasions found solace in one another.

Their tale demonstrates the truth of the adage, «It’s easier to tackle challenges together.»

It was just 4-5 days old when he arrived at the shelter that this adorable rabbit found a home. Arrived a week later was the baby pigeon that was discovered by a woman. 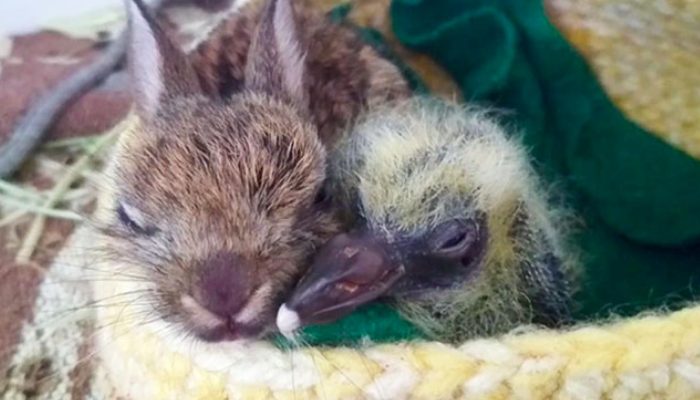 One of the birds had just hatched a baby chick in the nest on the ground. Because of the fall, the chick escaped with minor injuries.

They had to place them in an incubator because they were too weak to stand on their own. With only one incubator available, the shelter opted to place them together, with a little wall to separate them. 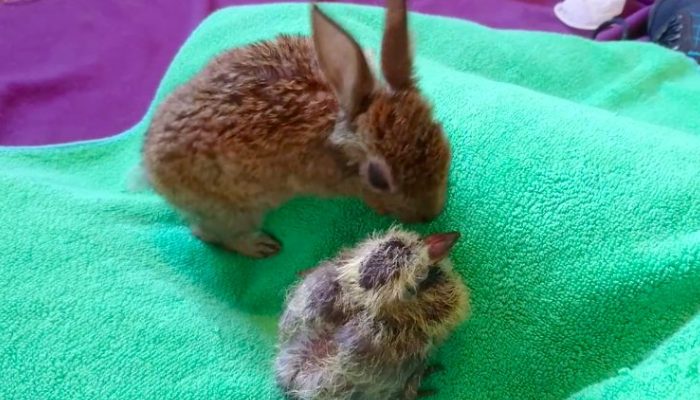 A few while later, when checking on the hapless critters, the caregiver observed a tragic scene: the adorable infants were snuggling up to one other.

In the end, they were able to dismantle the little barrier that had kept them apart. This made them realize that being together is preferable than being alone.

Their unique bond was cemented from that point on.

Friendship blossomed between Pidg the pigeon and Bunny the rabbit, and the two became close companions.