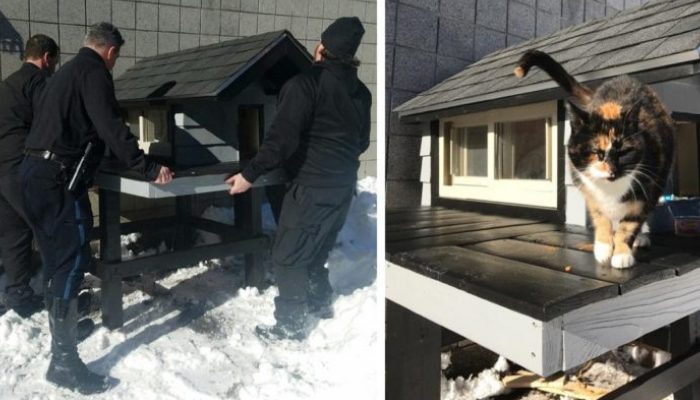 The unofficial mascot of the Boston Police Special Forces was Trippy the cat.

When she was with men in uniform, she seemed to enjoy their company. Although she is always on the go, she makes it a point to check in with the police officers assigned with her safety. 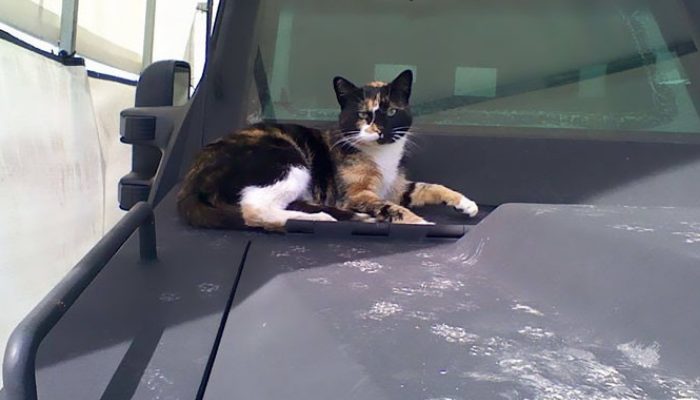 The SWAT Cat proved to be a big commercial hit. The cops were able to persuade her to relocate under the eaves after a protracted negotiation.

A member of the Boston Police Department’s elite special operations unit spent a long amount of time attempting to persuade her that she should be taken to a safer area. 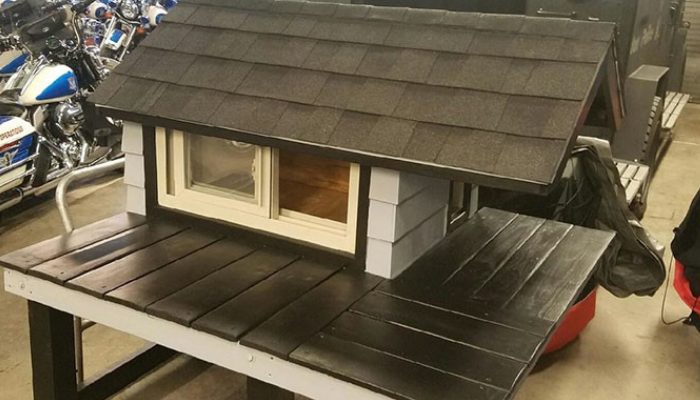 The natural tramp isn’t afraid to break the rules when it’s required since she’s accustomed to inventing her own.

When they realized they couldn’t get the cat to relocate under the roof, they set out to construct her a housing that would be suitable for her existence on the streets. 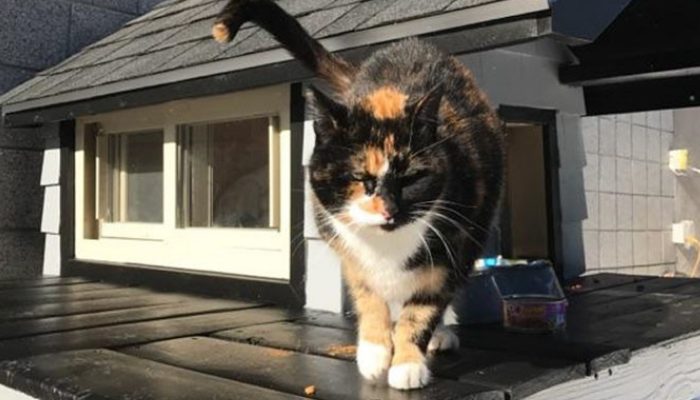 In order to complete the housing for the mascot, a former Special Forces officer, Jamie Petrovski, worked hard hours for many days.

It everything worked out well in the end.A big living and eating area provides an excellent vantage point from which to assess the team’s current position. 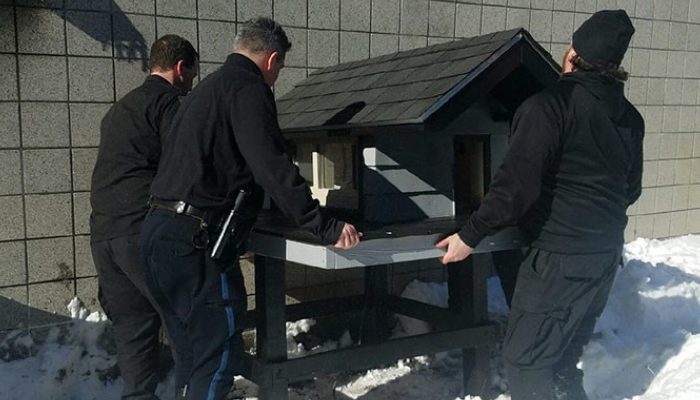 Clearly, Cat had no trouble adapting to her new surroundings, based on her satisfied expression!