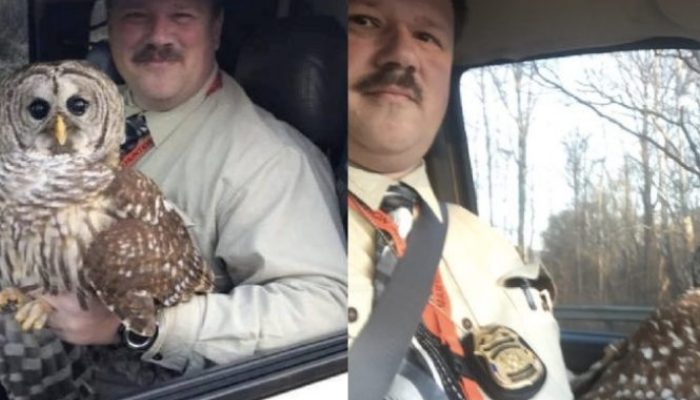 Someone reported seeing an owl-like bird in the middle of a busy rural road early in the morning. Vehicles drove around the bird, which had some kind of physical problem preventing it from taking flight.

People began contacting the authorities to report the owl. 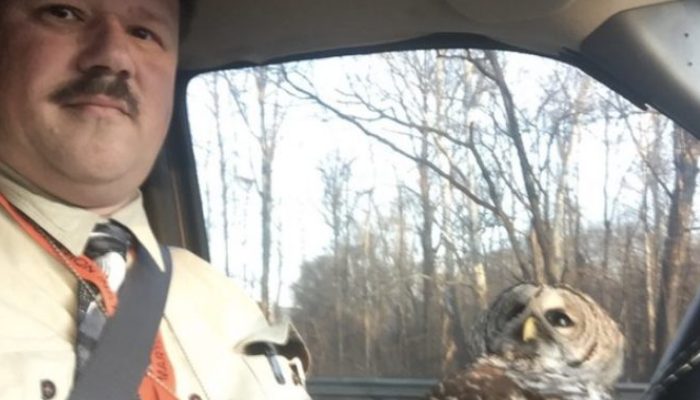 After cautiously approaching the owl, the official took off his coat and wrapped the creature in it when he saw it resting on the pavement.

Specifically, he covered the owl’s head to mute her and prevent her from figuring out what was going on. 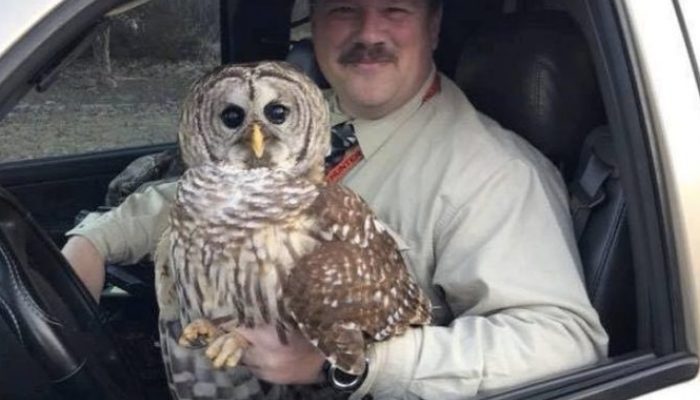 Immediately sensing the danger posed by her hooks, he hid his legs behind his blanket.

The government worker stowed the bird in his automobile, on the passenger seat opposite the driver. Incredulous, the owl cast a startled glance about. 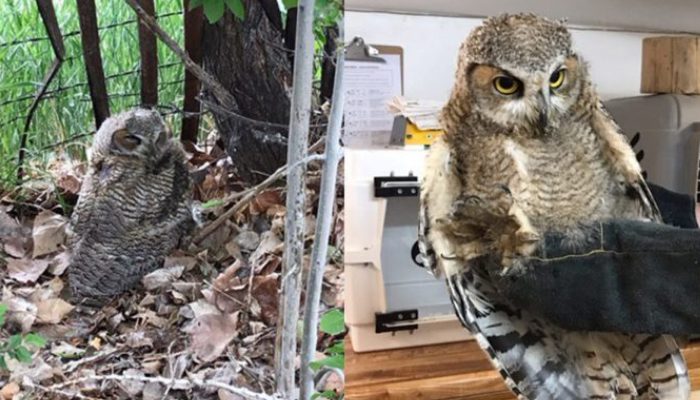 She was still surprised and perplexed, but she maintained her impartiality. The owl was then transferred to a safe haven.

The bird was examined by the shelter’s staff, who determined that it was in fine shape and had no major medical issues.As of that moment on, she will once again be a part of the natural world.