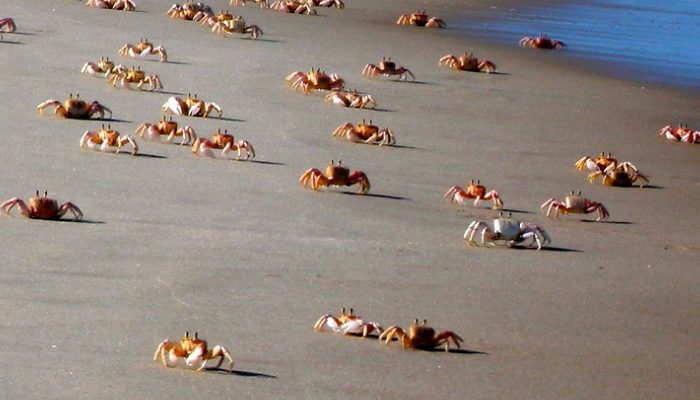 There have been a slew of Australian families taking a vacation to Christmas Island lately. Backpackers set up camp, cooked supper, and spoke with each other.

From the shadows emerged a cacophony of eerie, terrifying noises. Huge crabs showed up when it was still dark. 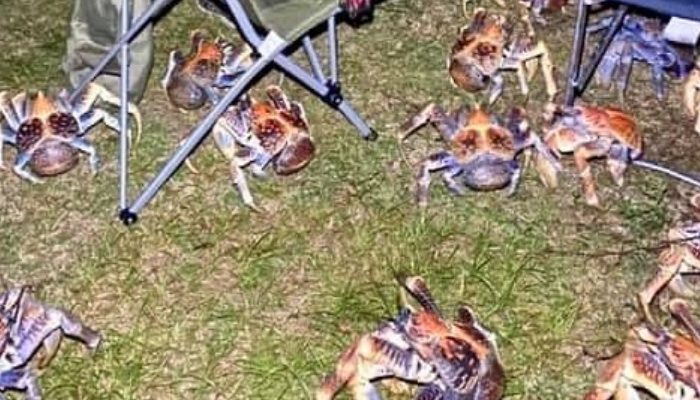 None of the picnic-goers were hurt. Crabs pose little threat to people despite their climbing palm trees and aggressive demeanor. Birds and small animals are fair game for them.

Monsters have a high sense of smell and are always hungry. It doesn’t take long for them to locate suitable food sources.

That’s why they just appeared next to the campers. The family’s experience with enormous crabs provides a tranquil backdrop for their photographs.

However, the amount of crabs was unexpected. Insects and other creepy crawlies made their way onto the dining room table and throughout the family’s possessions. 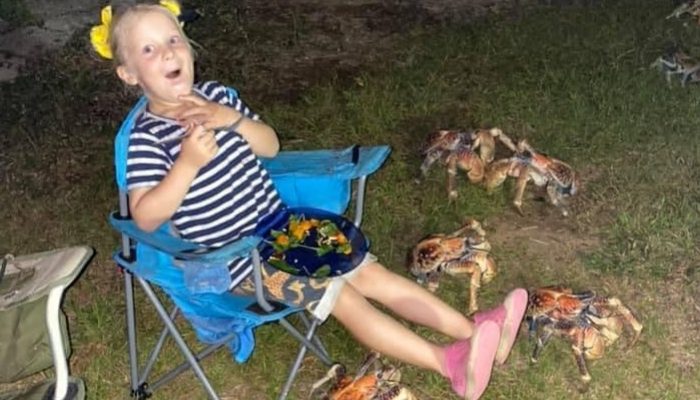 The kids playing with them surprised them. Brave kids helped crabs get away from the camp.Even though it was a nice evening, the tents had to be moved for security concerns.

It seems the family got fortunate, since the crabs in the photos are rather little. 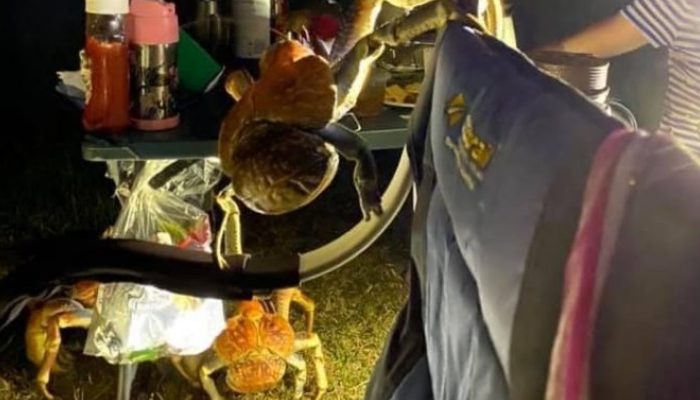 The damage done by large creatures with sharp claws is considerable. Food odors may attract hundreds, perhaps thousands, of crabs.

One traveler reported hearing crabs all night long near the tents.