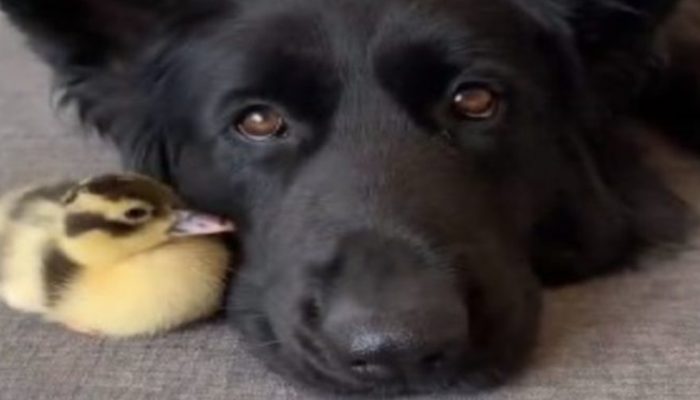 Natasha, the French photographer, lives in the strangest bunch. I have two German shepherds that are four years old. I have a bunny. I have a duckling.

They are, to put it mildly, extraordinarily friendly. 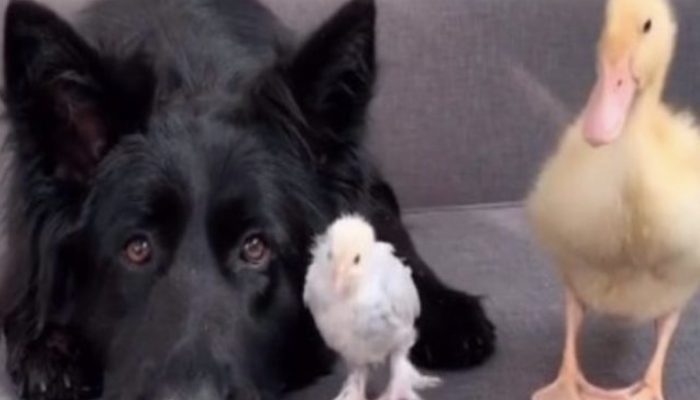 The duck Natasha had when she was a young woman was tame. Natasha’s childhood dream was to explore the world with her pet.

At the time, it was evident that this was not an option. A woman in her mid-thirties remembered her childhood desire and decided to come clean about it many years later. 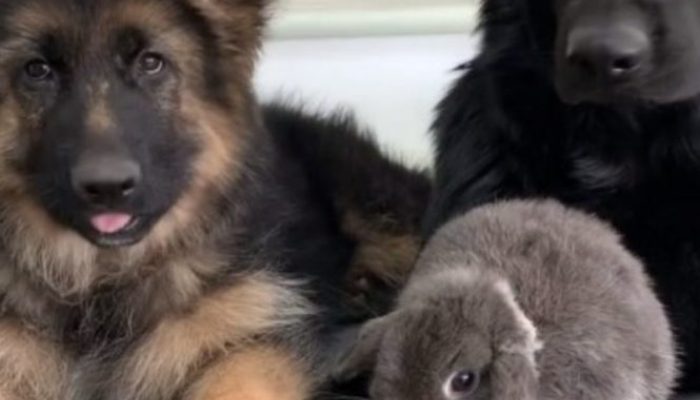 Natasha hosted two shepherd dogs and a hare at her remote home at the time. The large shaggy dogs turned out to be the most amusing and instantly adopted a little rabbit.

Natasha then bought a duck. They formed a close friendship and began to walk, swim, and sprint to the nursery wall together. It was Paola that Natasha gave the duck.

When Limoni injured Natasha’s leg while washing a few years later, she was confronted with an unexpected problem: locating a veterinarian in France during a pandemic who was qualified to examine the duck.