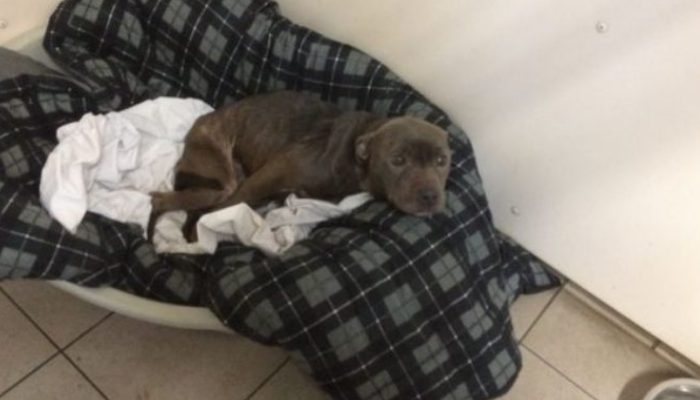 When the shelter workers arrived at their desks in the morning, they found a dog chained to the gate.

One couldn’t tell how long she’d been in this state. When she spotted the volunteers, she wiggled her tail joyfully, no matter how squalid her surroundings were. 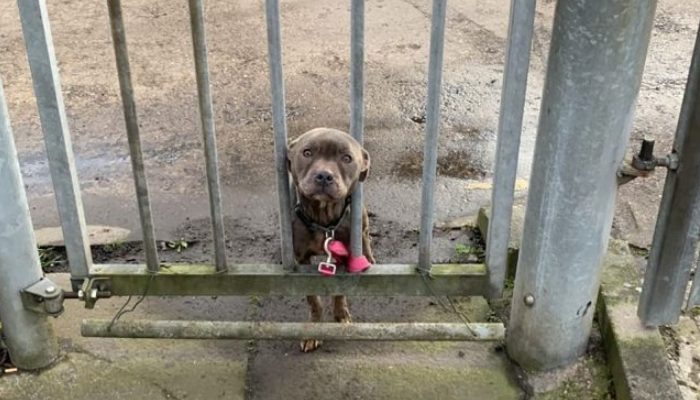 He seemed to be eagerly awaiting her discovery. He poked his head between the bars and looked up at the folks praying.

There had to be a thorough screening process to ensure that the animal was handled by trained personnel, which took almost a day for the workers at the shelter. 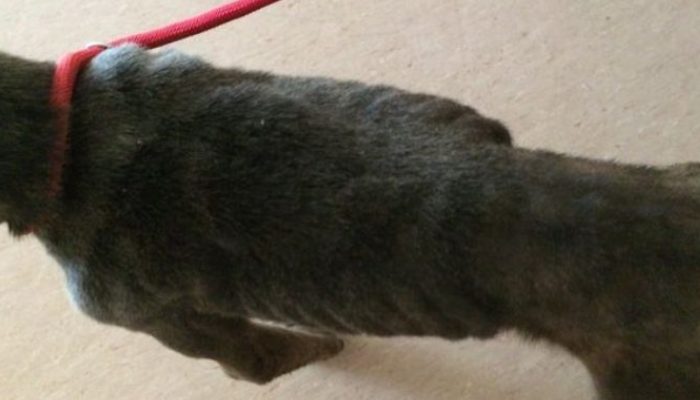 Because of her mysterious appearance and initial state of disorientation, the dog was given the moniker Mystique.

Mystique was found to have a chip shortly after that, and it was revealed that she had been living with her evil owners for some time.

In recent weeks, her health has steadily improved.

After a few months, she will be placed in a new home with a loving family that will never hurt her again. I hope he receives the affection he so well deserves.