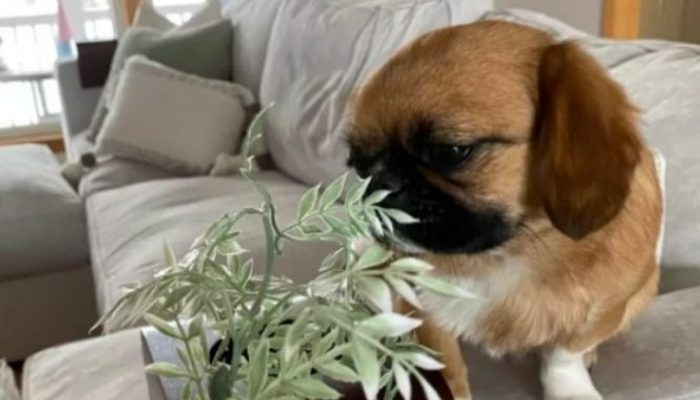 It is a well-known fact that dogs want to investigate everything with their noses. And flowers are the best-smelling thing, according to this lovely puppy.

According to the dog’s owner, Finny developed a taste for flowers as a puppy. 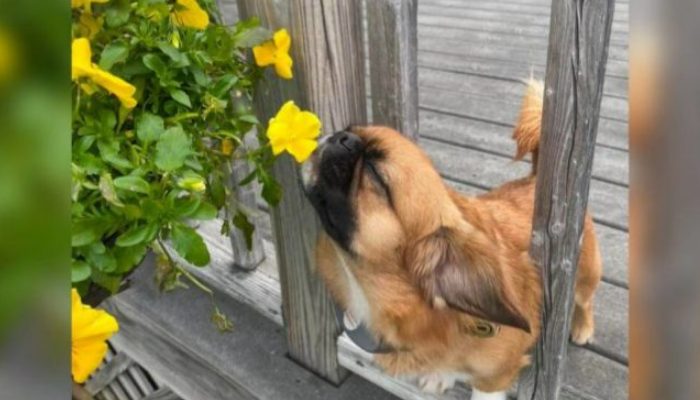 Lily Smith, Finny’s owner, recalls how much she enjoyed playing in her father’s yard when she was a puppy. His curiosity was sparked by the flowers. The dog didn’t do anything except sit and smell them.

Even when he’s indoors, he’s able to fulfill his need for flowers. Then he hops onto the tables and sniffs the potted flowers. 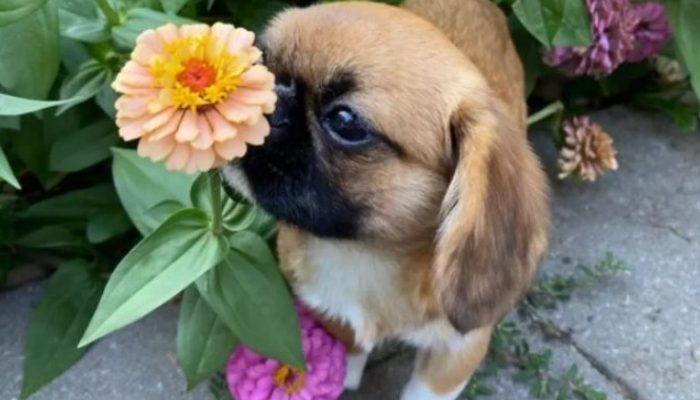 When it comes to flowers, even fake ones, he’s fascinated. But there’s one thing that Finny appreciates more than the scent of flowers: playing with Legos. Those are the people that raised him.

In the middle of the night, he curls up beneath his father’s blanket and follows his mother everywhere she goes. When Lily and Finny go shopping, Finny takes advantage of the chance to smell the shelves of fake flowers. His favorite flower is the pansy.

Finny refuses to eat any of these flowers, even though they are edible.

Because dogs have a sense of smell that is 150,000 times more acute than ours, we can only imagine what the odors these flowers would elicit in him.