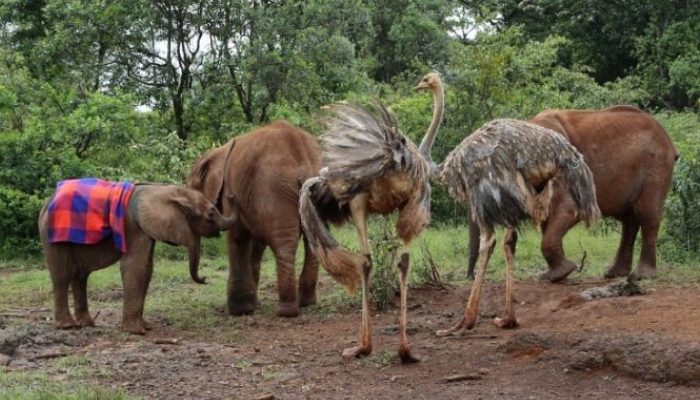 In the outdoors, we may be surprised to see creatures of different species become friends. These gentle creatures have the same capacity to love and console one another as humans.

Meet Choco, a baby elephant, and Pearl, an ostrich, who struck it off in a refuge for elephants. 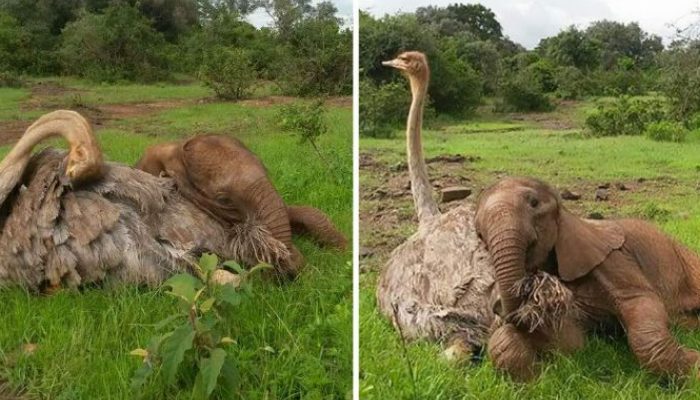 The elephant calf was rescued when he was just a month old.

Just so he may have another chance at life. Staff at the sanctuary where the baby elephant was being cared for swiftly discovered and transported two young ostrich chicks, one of whom they called Pearl. 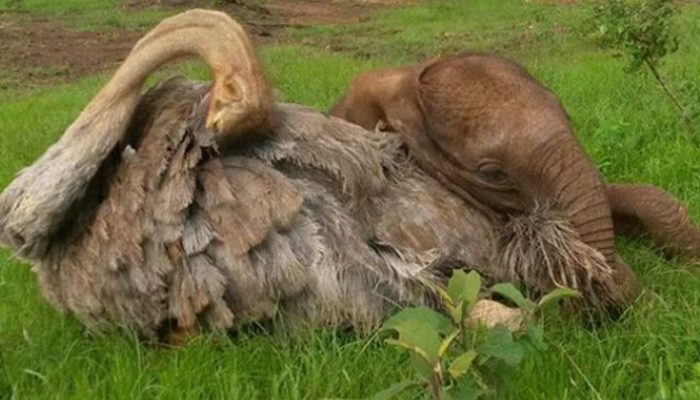 Everyone was taken aback by how quickly they hit it off and how quickly they became fast friends. The local creatures suddenly appeared energized. A new friendship was formed at this place.

Pearl was always there for the cute baby elephant, Choco, and she gave him the love and reassurance he needed. 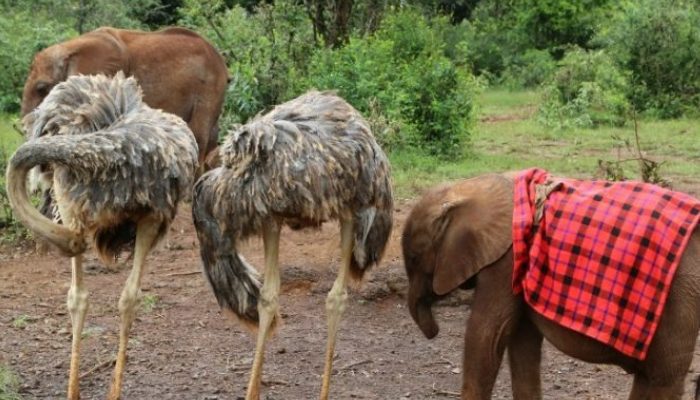 The fact that they understood one another so well kept them going.Due to their strong bond, Pearl and Choco spent all of their time together.

After spending so much time with the herd, the ostrich started to think she really was an elephant.