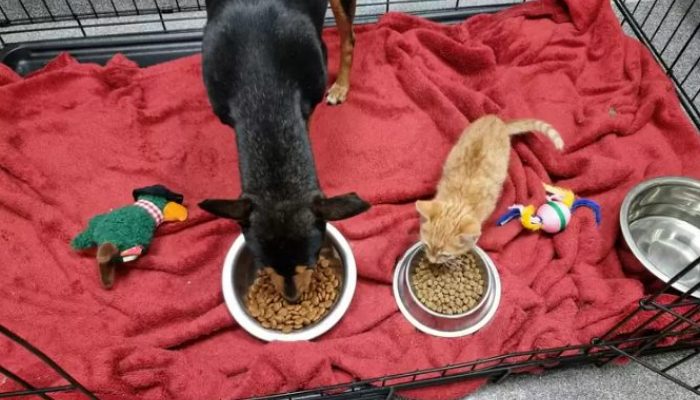 During a torrential rainfall, Ginny the cat was found by the side of a storm drain. After that, he was transferred to a medical facility for an evaluation.

Because of the nature of his job, Ginny was apprehensive when he arrived to the medical facility, which is understandable. 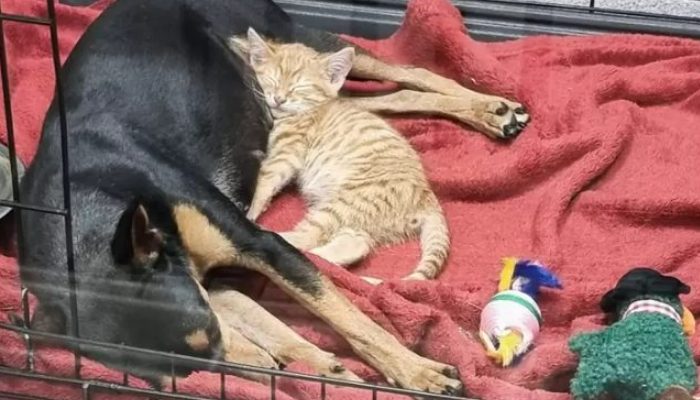 At 8 to 10 weeks old, he had no idea what to make of all the attention he was receiving from so many people.

Until Annie consented to join Ginny, he had the whole ward to himself. 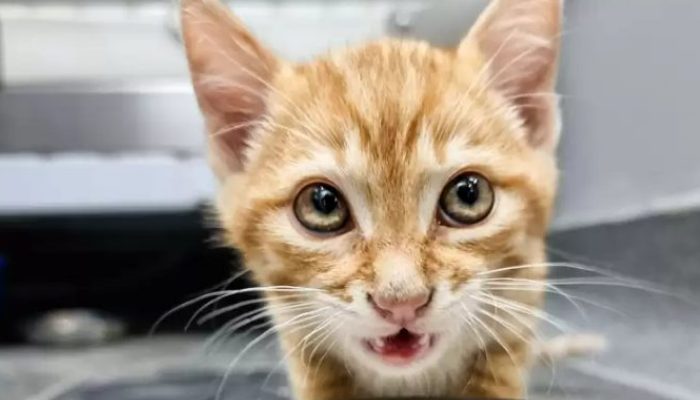 Introducing Annie, the small man who was found roaming the streets of the city.

Because cats and dogs do not get along, their containers were placed across the room from one another. 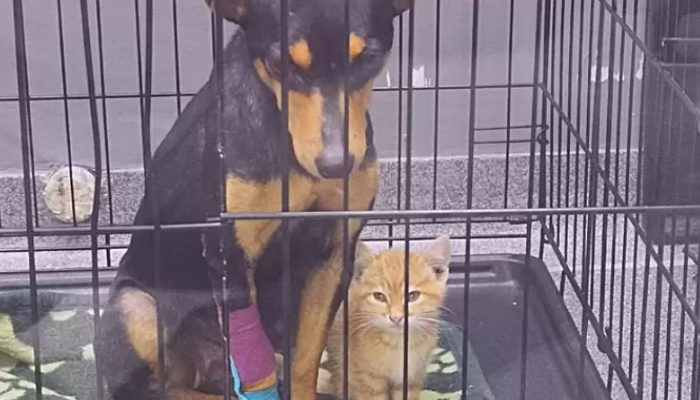 When the staff went to check on Ginny one day, they saw he wasn’t in her cage, so they went looking for him and discovered him nesting with Annie.

You can clearly see the excitement on their faces as the officials let the unusual duo to share a cage.

Annie was a helpless little boy when Ginny first arrived, but Ginny has helped her heal.